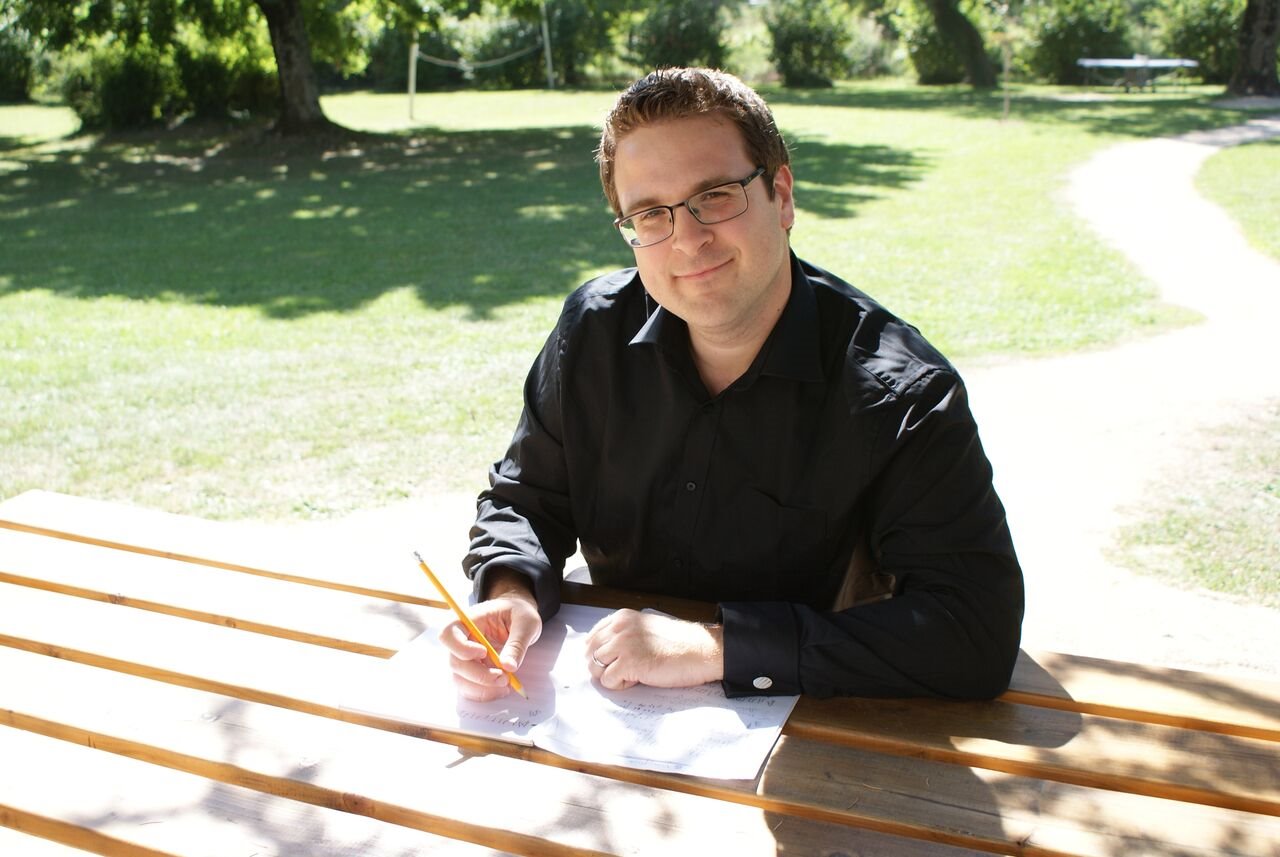 "(One of) the finest emerging choral composers of our time."
Schott Music.

News
To read Gareth's interview with Frances Wilson regarding composers that have influenced his writing career, click here.

Biography
Gareth composes chiefly sacred choral works, which have been performed and recorded globally. A Song Was Heard at Christmas and Blessed be that Maid Marie were recorded by the BBC Singers and subsequently broadcast on BBC Radio 3. These works, alongside several others, have since been published by Boosey & Hawkes, Stainer & Bell and the RSCM.

Come, And Let Us Return to the Lord was commissioned by London's Temple Church Choir and featured in their Ash Wednesday Choral Evensong broadcast live on BBC Radio 3 in 2020. Gareth's self-penned Bethle'm Baby was published by Boosey & Hawkes in the same year. The Minney Singers, with whom Gareth also sang, premiered his arrangement of Suo Gân and the SATB variant of Holy Night, Blessed Night in their "Carols in the Garden" Christmas concert while raising money for Help Musicians UK. The SSAT original version was previously premiered by The Nonsuch Singers. In 2021, Gareth wrote a new setting of the Coventry Carol to raise funds for the Motor Neurone Disease Association through the @MNDArtChallenge initiative.

Note: for concert programmes, please do contact Gareth Treseder for an updated and/or shortened biography.